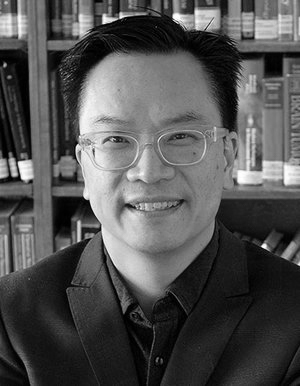 Dr. John H. Wong is an associate professor in the Departments of Clinical Neurosciences and Radiology at the Cumming School of Medicine. He serves as Director of Cerebrovascular and Endovascular Neurosurgery and maintains a busy clinical practice almost exclusively dedicated to treating brain aneurysms and stroke. Dr. Wong received his medical education and neurosurgical training at the University of Alberta. After a one-year fellowship in neurovascular surgery at Yale University and further two-year specialization in interventional neuroradiology in New York City, he was recruited to Calgary in 2001. Since then, he has helped develop one of the most collaborative and productive neurovascular and stroke units in North America with colleagues in neurology, radiology, and neurosurgery.

Dr. Wong has co-authored numerous peer-reviewed manuscripts and has served on several grant review panels including for the Canadian Institute of Health Research and the National Institutes of Health in the U.S. He has held numerous local and national leadership roles including the provincial past president of the Alberta Neurosurgical Society for over a decade, previous Division Head of Neurosurgery at the University of Calgary, and is the current Vice President of the Canadian Neurosurgical Society. Dr. Wong received his MBA from The Wharton School of Business at the University of Pennsylvania where he earned a double major in Finance and Entrepreneurship & Innovation and was conferred the Dean’s Leadership Award.

No comments to show.

No archives to show.